“I lost sight of something. I came in search of it. Having found it, I am going home.” | Ross Poldark

Shortly after I launched my blog over a year ago, I wrote a post about the Latin word “resurgam” (meaning “I shall rise again”). I first heard it on the BBC show Poldark which I am not at all recommending (and about which I have MANY thoughts haha) although I’ve watched quite a bit of it. Perhaps I’ll write something about Poldark in the future…but that’s not really the focus of this post. In last year’s post, I mainly dealt with resurgam by itself but now, I want to relate it to the theme of excellence over mediocrity.

A large part of leaving mediocrity behind is choosing to rise above it with the Most High’s help and in His strength alone. We can’t do it by ourselves and often, when we try to, disaster ensues. I’ve definitely been there many times to my shame. For some reason, we puny humans insist on thinking we can control pretty much everything. And then, when something falls apart, our grip weakens, the world begins to spiral and we scramble to put the pieces back together…in our own strength. As odd as this sounds, that’s mediocrity. Mediocrity is thinking you can go it alone and forgetting that you’re not supposed to. It’s losing sight of what the Most High has actually called you to do and who He has called you to be.

Much like Ross admitted in the quotation above, we lose sight of things rather frequently. We forget friends and family, agonize over small hurts and forget large blessings, and get so caught up in the busyness of life that we forget to actually live. In our darkness and pride we forget even the Most High Himself, the One who sent His Son to save our wretched souls. Because of our finite understanding, we lose sight of the bigger picture far too often. Our weakness of mind and soul overwhelms us when the going gets tough and life is in full swing.

When we lose sight of what’s important, of what matters, we humans are capable of some pretty dark and twisted things. We slip into despair, bombarding our minds with thoughts and lies from the pit of Hell itself. Night closes in and we forget what we learned in the day-time when the Sun was blazing and everything was yellow and bright. Instead, we focus on what has gone wrong, on the plans that never materialized, on the lost opportunities, on the besetting sins we can’t seem to overcome, on the friends who slipped away, on the trials that just refuse to end, on the legitimate longings the Most High hasn’t seen fit to fulfill, on the biting remark a loved one made toward us, on the odd look sent our way by a friend, on the unanswered text messages, on the past faults dealt to us by others, on the life-mistakes we’ve made, on the time we’ve wasted; and then we begin to feel worthless and alone. We fall into the sick trap of the Enemy and begin to wallow in our perceived unique-ness. We think that no one has suffered what we have suffered, no one has ever been in our place, no one can identify with our hurt and shame and guilt, no one can enter into our heart-troubles, no one cares. We revel in the darkness and welcome the despair. We wrap our misery around us like some sort of black armour and we build up our window-less walls. We refuse to let the Light in and push back any thoughts of Joy and comfort because after all, no one knows what it’s like and that’s what makes us strong.

We tread dangerous ground with pride in our deceived hearts, thinking that falls are for the weak and we sure as anything aren’t weak because we’ve clad ourselves in the Armour of Darkness. We defy the Most High when He sends us rays of glory and beauty, preferring to chew on our bitterness and re-play our hurt. We’ve lost sight of the Light and the scariest part is…we don’t.even.care.

When we allow ourselves to descend to such squalid depths, we open the door for the Enemy to play on our sin, to stir up the evil which lies in each of our confused hearts. We’re sitting ducks for his attacks and although we think we’re wearing armour, we’re as naked and vulnerable as the day we were born.

But thank the Most High that He doesn’t leave us in our pitiable estate! He continues to send His Word, to show us His love, and to remind us that the darkness, while fun for a moment, leads to death. Sometimes we need a harsh wake-up call when the tender mercies aren’t getting through. So He brings us to our knees until we go in search of what we have lost sight of: the Truth of Eternity. That there’s more to reality than what we can see and feel and even experience. That there’s blazing glory ahead if only we’ll lift our eyes from our wretchedness and leave it all behind. It’s not easy, nothing important ever is; but it’s worth it, my goodness it’s worth it. It’s worth the fight that we have to participate in as we’re searching for what we’ve lost sight of. We have to war against the despair that looks so enticing at times and remind ourselves of the Truth on a daily basis. The Most High never promised it would be easy but He promised to never leave us nor forsake us. He promised that we wouldn’t have to go it alone if we’re one of His children.

“In the world, you will have tribulation; but be of good cheer, I have overcome the world” | John 16:33

Think about that. Adonai has overcome the world. He has overcome any darkness we will ever experience in this life. His excellence, His perfection has conquered EVERYTHING. Lovely humans, He has conquered it all and if that doesn’t swell your very soul, I don’t know what will 🙂 He rose again. He is the embodiment of Resurgam. He couldn’t have done that if He had chosen mediocrity over excellence. If He had rebelled against His Father’s will and refused to taste the Cup. So we really don’t have a valid excuse for wallowing. That convicting reality has been hitting home for me so much lately as the Most High has sovereignly woven that theme through many of the sermons at my church. In Him, I can reach for excellence and you can too! We can reach up out of the darkness of our sinful, twisted thoughts and bitter emotions and cling to His mighty arm. We can find the Truth of what we have lost in the shadows.

And then, having found what we’ve lost, we return home. It’s as simple as that. We learn what real strength is, what real armour is, and we continue with our lives. Wiser now, we learn to recognize the deceitful whispers of self-importance which so often masquerade as false humility and willful sadness. Recognizing them, we are better equipped to nip them in the bud and to bring every thought into captivity to the obedience of Jesus Christ. We learn the true meaning of Resurgam, in a way that Ross never did because he kept returning to the darkness even when he’d tasted the light. I shall rise again. That’s what Resurgam means. I shall rise again. Because there’s hope, my friends, there’s always hope. And with Him, we will indeed rise again. 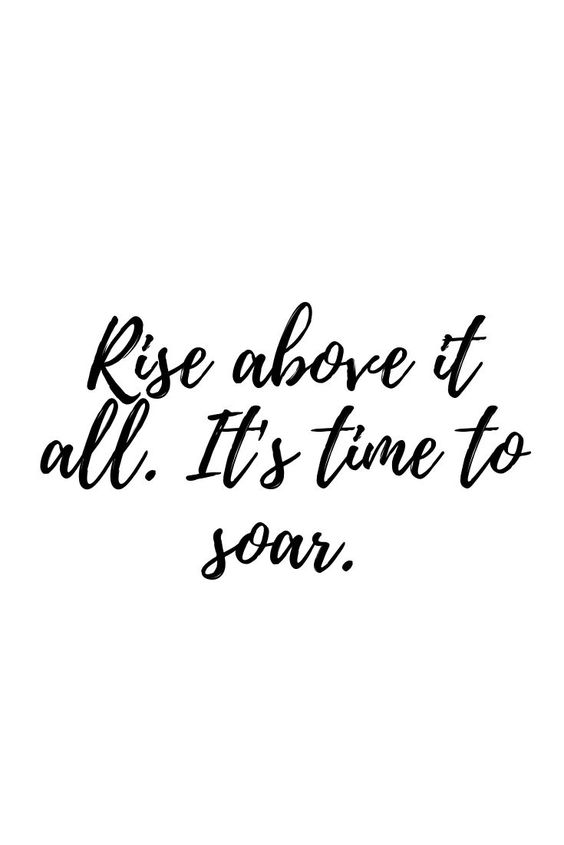