“I will not say, do not weep; for not all tears are an evil.” | JRR Tolkien | The Return of the King

So last week, I mentioned that Toby cried two days in a row. The first time was because he’d choked on a Ghost Pepper flake and nearly died. Refer to A Tale of Chili if you’re curious to know the full story and haven’t been keeping up with The Office Shenanigans 🙂 That was Monday. Tuesday, Toby cried again and it had nothing to do with spicy peppers but everything to do with his emotions.

Before I get to that, though, (I know, lovely humans, you’re dying to hear what happened….stay calm, it’s worth it, trust me), I just want to explain why I chose that particular Lord the Rings quotation to start off this post. Now I don’t want to give any spoilers if you haven’t read or watched LOTR (speaking of which, if you haven’t done either of those things…get going!!!) so let me just say that when Gandalf spoke those words, quite a lot of good-byes were being said and quite a few paths were parting. Friends were leaving friends, the world was changing, and nothing would ever be the same. So yeah, tears were in order. They had battled the Darkness, watched their comrades die, and after going through intense stuff like that, it’s hard to say good-bye to the people who locked arms with you.

That’s why Gandalf sanctioned tears on that particular occasion. Sometimes tears aren’t in order. Sometimes, we need to pull ourselves together when there’s work to be done. Other times…well other times, our emotions get the better of us as we fully experience whatever joy or sorrow has come our way and that’s more than okay.

That’s what happened to Toby. His tears weren’t evil because….well….I’ll get to that in a minute…one more digression.

I’ve noticed, for whatever reason, that it’s sort of stereotypical to look down on men who cry or who show emotion, as if that takes away from their “manliness”. On the other hand, it’s kind of coming into fashion to applaud men when they cry since they’re not trying to put up some sort of “annoying” facade of strength and immovability. Neither of those reasons are why I’m writing about this particular incident. For one thing, I just like writing about the adventures in The Office and this is just another one of them. For another, seeing Tony cry that Tuesday clued me in a bit more to who he is as a person and that’s what fascinates me. I love seeing what makes people tick, why they do what they do, those little insights into their character, whether for good or for ill, that reveal more than they realize. We lovely humans are dazzling creatures of the Most High, even the ones who are still shaking their fists at Him in defiance. We’re all made in His image whether we acknowledge it or not and so we’re all multi-faceted and grand.

Okay, onward to the adventure. Your patience has been rewarded.

Later that Tuesday, after Ellissa had left for the day, Toby shuffled back down the hallway from his office to mine and leaned against the door-frame, as he does. I need to mention that he’d already been in earlier to ask Ellissa how his award-winning chili had fared at her dinner table. He practically beamed with pleasure when she said she’d loved it and so had her dad. And he’d already stopped by Kristoff’s office at least twice. After chatting with Bro Kris, he came back to my office to inform Ellissa and I that “if you want to have a good cry, you should watch this Japanese one-armed violinist playing her instrument on YouTube” because it was really inspiring.

Interestingly enough, as I recount this tale after the fact, I’m realizing that there was foreshadowing right there, a teaser of what was coming later. Crazy how much real life can be like a novel sometimes!

Anyway, as Toby went on to admit, he’d just been watching the video in his office a few minutes earlier. Clearly, real-life jobs aren’t that serious because Toby watches YouTube in his office, Kristoff calls Steve and Toby into his office so he can show them just how cringy Chris Pine’s first audition was, and Liza, Ava, and May have pow-wows in Liza’s office to discuss how they’re gonna lock their misbehaving and high-maintenance mothers in nursing homes. Shining paragons of hard work and excellence right there, I tell ya 😂

So yeah, Toby shared that little tid-bit with us and I asked if he’d cried. He sort of shook his head and said, “Nah, but I got a little teary-eyed and was like what’s wrong with me?” He was already emotional so what happened later shouldn’t have surprised me 😛 Ellissa and I chuckled and thanked him for sharing his soul and he smiled and shuffled back to his office.

I should point out (I know, more digressions and you’re all waiting for Toby to shed tears…it’s coming, never fear) that Toby and the others actually do work. For all my jesting, The Office is a productive place and I’ll tell you more of what they all do in subsequent posts.

Okay, onward to the tears!

Ellissa left later in the day and Toby shuffled over, leaned against the door-frame and said “hey Tabby, I’ve got something to share with you.” Given what he shared before, I was all ears. I now knew that one-armed violinists playing their instrument made him teary-eyed and that told me he had a sensitive heart. Not that I doubted it, because we’d already had some pretty telling and lovely conversations in which I discovered, wonder of all wonders, that he too was a Bible-believing, Follower of the Most High, member of The Fellowship of the Unashamed….a real, live breathing Christian and a rare find in my college experience. Perhaps I’ll write about that too some time 🙂

I pulled out an earbud and gave him my attention. He launched into an eager and passionate description of a movie he’d watched the night before, probably as he basked in the glorious success of his chili 😛 Anywho, he’d watched a movie about the founder of Voice of the Martyrs. As he described the film, I must admit, he really had my full attention. Toby’s spoken of himself as a simple person and he was talking about his brain capacity which melted my heart because it’s not true. He sees things as they are and he’s rather down-to-earth….kind of like Mikhail (who’ll feature strongly in the next blog post…I’ve just decided that right now haha) and for some reason, I think he thinks that makes him average which couldn’t be further from the truth because the sophisticated minds of this world are often blind to what really matters.

So when he was describing the film to me, he painted one of the most vivid pictures in my mind that anyone has ever painted while telling me a story. I could see exactly what he was saying and I got teary-eyed long before he did.

He told me how the founder of Voice of the Martyrs had been in a concentration camp of sorts in Romania when he’d been imprisoned for spreading the Gospel. He underwent intense torture as his guards beat him over and over again. They allowed him to preach in the prison but only because they could beat him within an inch of his life afterward.

Then, one day, as one of the guards was beating him (I think I’m getting the story a bit muddled in my brain but the gist of it is correct), the man looked him full in the face and said as he looked at him, it was like he saw the face of Adonai, the face of the Lord Jesus, not in some mystical way but in the sense that he saw another human being whom the Most High had called him to love despite the fact that the guy was basically trying to kill him.

That’s when Toby started crying. His voice cracked, his lips began to quiver as he was speaking, the area around his nose and eyes got red, and he looked at me and said “oh no…I’m gonna cry” and tears spilled over his eyelids. He wasn’t weeping or sobbing, it was just that kind of crying where you can see the emotion clearly etched on the other person’s face and it’s kinda lovely. I looked back at him, pointed to my own eyes, and said “do you see the tears in my eyes?” We both chuckled and it was a grand adventure indeed.

He ended his story, I thanked him for sharing it, and he shuffled back to his office.

I’d seen his soul and I’m beyond glad the Most High let it happen. He wasn’t embarrassed about crying in front of me. In fact, he went on to say (before he ended his visit) that the movie challenged him because it showed him just how much of his life he was wasting. As he pointed out rather bitterly “that guy suffered for his faith and last night I went home, ordered Domino’s and sat on the couch” (so I guess he really was basking in the glory of his chili success…..:P). It was a reminder to both of us and I hope it’s a reminder to you Christians reading this that, although serious persecution hasn’t reached our American shores, it well might and we’re softer than we think we are. We’ve got it so good, thanks to the Most High yes, but we’ve got it so good here that we complain about things that aren’t worth complaining about and become complacent with lukewarm faith and a Christianity that’s just about toeing the line between Hell and Heaven. In some ways, we’ve lost the passion and fire that He wants us to have but that’s definitely a topic for another post and this one’s rambling onward to Infinity so I need to end it.

Find your Fire, lovely humans, get serious about living for the Most High ’cause you don’t know when/if the persecution’s gonna come and you’re gonna need the fuel of His Word to keep you strong.

So Toby cried two days in a row and he couldn’t have cried for two more vastly different reasons. Vulnerability, I guess that’s what it was the second time round. Not all tears are an evil so don’t be afraid to be real and raw with people when the moment calls for it. You just might meet with friends who’ll appreciate your honesty when you thought to meet with foes who’ll mock you for showing “unwarranted” emotion.

Stay tuned for next week when you’ll meet Mikhail: a six-foot-two/three (in his words: “depending on what shoes I’m wearing”) lovely human with an affinity for ponytails and Timberlands. He’s just as fascinating as Toby, I promise. 🙂 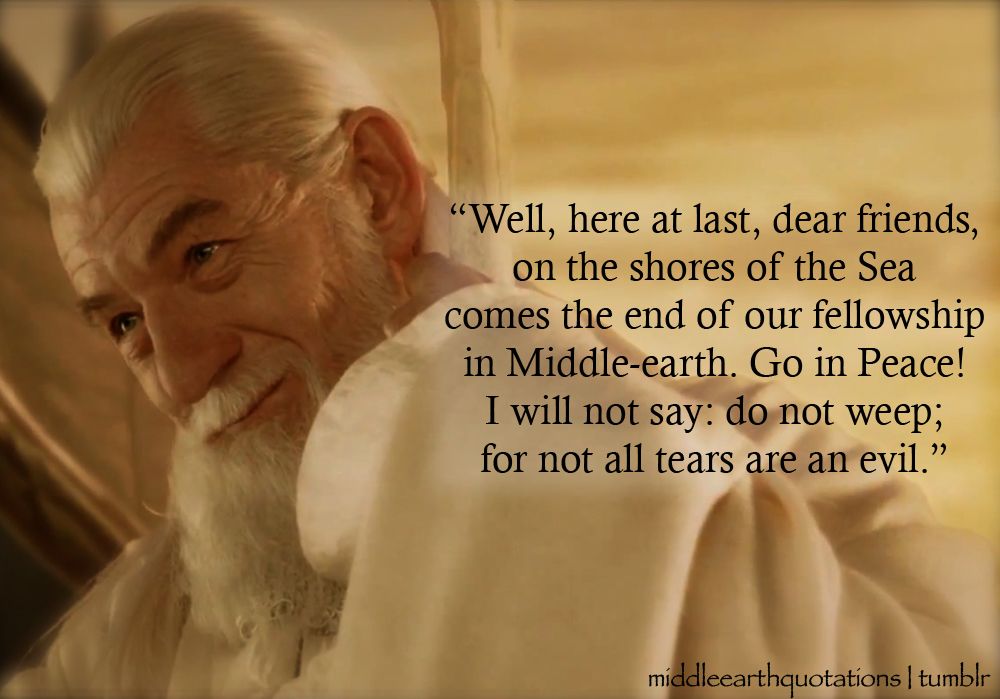 Gandalf the White whispering words of wisdom 🙂 I know he wasn’t actually whispering but alliteration is important…..

P.S. In case you’re wondering, yes, that’s a GIF of Tom Hiddleston crying in a production of Shakespeare’s Coriolanus as the cover photo of this post. You’re welcome.